This spectacular Five Star Dorset Park has views over glorious Poole Harbour and is well located for exploring the breathtaking coast of the county. Beautiful harbour towns and dramatic rocky cliffs are the essence of this coastline. So many beautiful rural attractions ? those picturesque Dorset villages, the dramatic coastline, plus the coves and beaches that surround this Park. Take a boat trip on the harbour and enjoy seeing Portland Castle as it was made to be seen, built to defend Weymouth against possible French and Spanish invasion. Its squat appearance is typical of the castles built by Henry VIII in the early 1540s. Dorset is famous for Monkey World, boasting the largest group of chimpanzees outside of Africa while Poole itself is well know for its pottery and bus tours of the nearby New Forest. And not forgetting that nestled in a sheltered bay, Bournemouth?s seven miles of safe, sun-kissed beaches are perfect if you dream about long, lazy days by the sea. 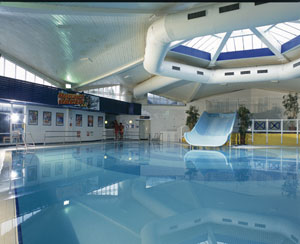